Understanding how Character Encoding works is an essential part of understanding digital evidence. It is part of the common core of skills and knowledge.

There are many different character encodings. If the wrong encoding is applied to a sequence of bytes, the result will be unintelligible text.

The American Standard Code for Information Interchange, or ASCII code, was created in 1963 by the American Standards Association Committee. This code was developed from the reorder and expansion of a set of symbols and characters already used in telegraphy at that time by the Bell Company.

At first, it only included capital letters and numbers, however, in 1967 lowercase letters and some control characters were added forming what is known as US-ASCII. This encoding used the characters 0 through to 127.

7-bit ASCII is sufficient for encoding characters, number and punctuation used in English, but is insufficient for other languages.

Fundamentally, computers just deal with numbers. They store letters and other characters by assigning a number for each one. Before Unicode was invented, there were hundreds of different encoding systems for assigning these numbers. No single encoding could contain enough characters: for example, Europe alone requires several different encodings to cover all its languages. Even for a single language like English no single encoding was adequate for all the letters, punctuation, and technical symbols in common use.

The Unicode Standard is a character coding system designed to support the worldwide interchange, processing, and display of the written texts of the diverse languages and technical disciplines of the modern world. In addition, it supports classical and historical texts of many written languages. Unicode 10.0 adds 8,518 characters, for a total of 136,690 characters.

The following image shows the encoding of an uppercase letter A using standard ASCII. 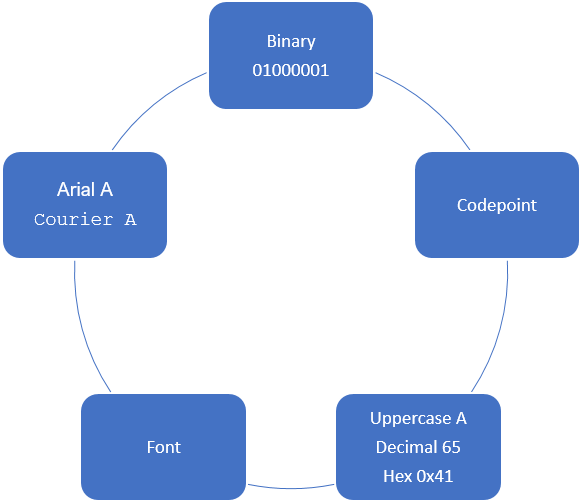 UTF-8 is the most widely used encoding and is variable in length. It is capable of encoding all valid Unicode code points and can use between 1 and 4 bytes for each code point. The first 128 code points require 1 byte and match ASCII.

UTF-16 is also a variable-length and is capable of encoding all valid Unicode code points. Characters are encoded with one or two 16-bit code units. UTF-16 was developed from an earlier fixed-width 16-bit encoding known as UCS-2 (for 2-byte Universal Character Set).

UTF-32 is a fixed length encoding that requires 4 bytes for every Unicode code point.

Selecting a Code Page in NetAnalysis®

An appropriate Code Page can be selected when creating a New Case in NetAnalysis®. 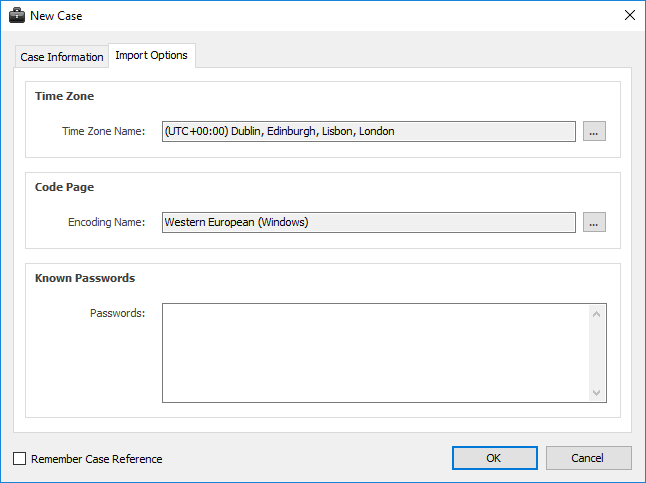 Clicking the button next to the code page shows the following window. This allows the user to select the appropriate code page (if required).

Because these cookies are strictly necessary to deliver the website, you cannot refuse them without impacting how our site functions. You can block or delete them by changing your browser settings and force blocking all cookies on this website.

If you do not want that we track your visist to our site you can disable tracking in your browser here:

We also use different external services like Google Webfonts, Google Maps and external Video providers. Since these providers may collect personal data like your IP address we allow you to block them here. Please be aware that this might heavily reduce the functionality and appearance of our site. Changes will take effect once you reload the page.